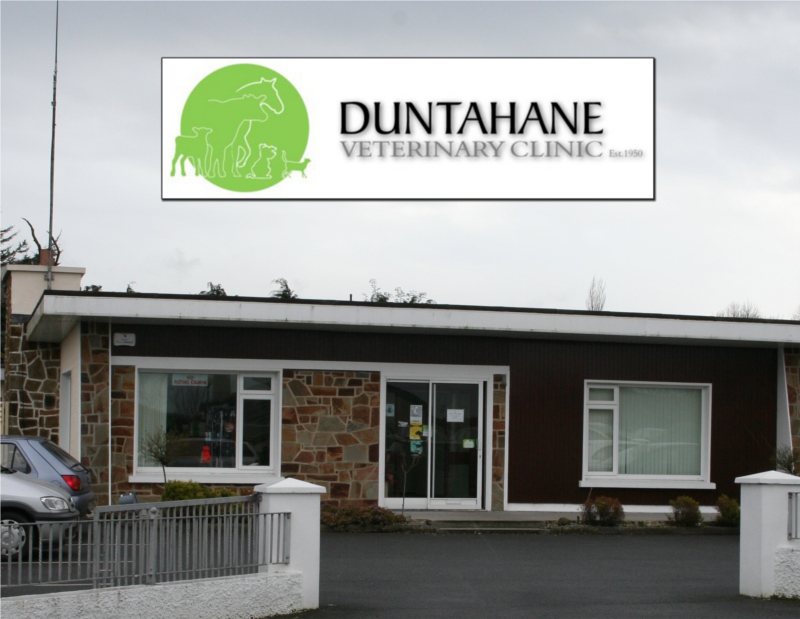 This practice was formed originally in the 50’s by Gerry Ryan (who later became head of the Regional Veterinary Laboratory in Cork)
He was joined by J.C.Condon and Michael Condon in the early 60’s. They brought the practice to a new level and “Condons” soon became synonymous with excellence in veterinary practice. In 1980 Eamon Halton and Michael took over the practice and ran it until 2000 when Michael retired as a partner. Eamon Halton was joined by Paul Redmond, in 2002, under the new name of Duntahane Veterinary Clinic (the name being derived from the new premises at Duntaheen Road in the townland of Duntahane, Fermoy). 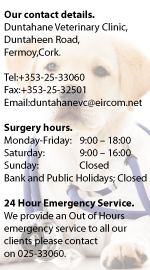